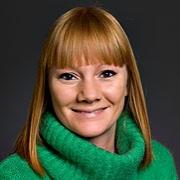 Theories of peacebuilding insist that peace is best established through democratic statebuilding. Yet the recent outbreak of violence in Mali reveals that peace does not necessarily follow democratization. This project suggests that civil society provides a key to understanding the missing link between democratization and security in current peacebuilding missions. The central claim is that the way peacebuilding strategies deal with non-state actors, who do not fit liberal ideals of civil society, is crucial in gaining sustainable peace. Exploring how different civil society actors are included or excluded in the work of the UN peacebuilding mission in Mali, the project asks: How are different civil society actors addressed as security threats or peace potentials in the UN stabilization mission in Mali and what implications does this have for creating sustainable peace?

What happens to the liberal democratic ideals of human security and peacebuilding when they travel to the radically different post-conflict setting of Sierra Leone?

Through its peacebuilding strategy the UN has been able to establish new grounds for exercising power. By aiming to secure the peace, rather than just maintaining it, the claim of neutrality has been replaced with a claim of how to build a state.

Based on fieldwork in the United Nations Integrated Peacebuilding Office in Sierra Leone, I argue that when human security travels to the field, it gets reinvented in ways that essentially undermine its liberal pretences. This is revealed in everyday practices of peacebuilding, where the concepts of accountability and ownership are reworked and given new meanings. In this process of re-signification, “accountability” becomes accountability towards the donors, and “ownership” a guise for overwhelming international power over the state. Rather than guided by liberal imperatives, peacebuilding here seems to be driven by humanitarian incitements and the need for bureaucratic control.

This embodiment of human security, I argue, illustrates the processes by which Westerners are trying to make moral sense of their engagement with people from less wealthy and less secure countries. It reflects an interesting new kind of transnational humanitarian subjectivity of which we ourselves are part.